For the last couple of years, as Christmas approaches, members of the OCA Photography Level One facebook group have posted twelve pictures that they have taken (or made) during the year that is nearing its end.

Back in December, I should have been finishing off Assignment 3 (it would have been a few days late, but nothing serious); making a considered pre-Christmas post on facebook could be seen as a major act of displacement. Now, three weeks later, repeating the post here could – charitably – be seen as an attempt to jump start further progress with IaP.

Colours, light and shadow and shapes. Simple and satisfying.

Chucking it down. I found an awning and watched people more eager than I was running by to get to work. 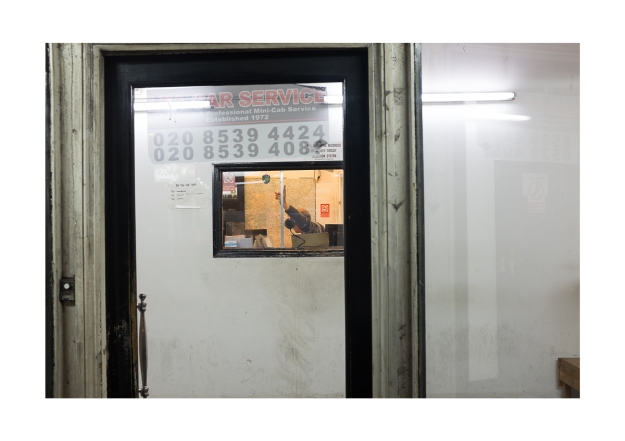 A tricolour. Even though I wasn’t flying to Italy. 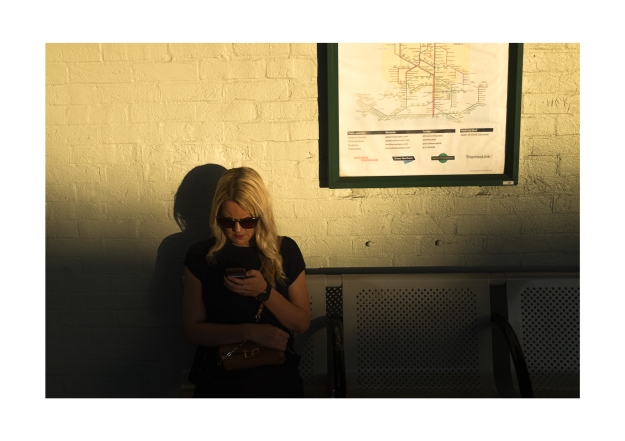 Heading home from a friend’s fortieth birthday party. Nice light for me to feel horribly old in.

Idly taking pictures while queuing to go on a rollercoaster. 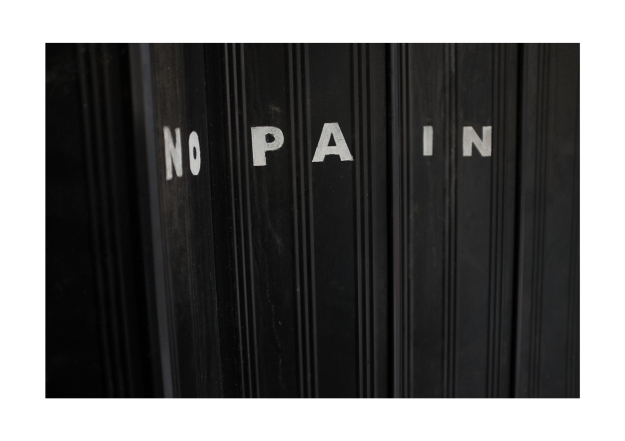 Or maybe Fitzrovia. Delighted at the way the letters on concertina-ed shutters you weren’t supposed to park in front of fell.

I captioned the set overall with…

“In the end I narrowed things down by choosing one photograph a month. This is a bit rough on months like July when I was spoiled for choice and conversely rather kind to June.

I have not included any pictures that I’ve used in my log.

If I had to choose again tomorrow, I might not go with the same 12, of course…”

I suspect that, at this stage, I should be moving away from individual pictures a bit more than seems to be the case here, although of course, very few of them are just ‘one of a type’ experiments and some of them – February or August, say – could easily be fitted into work done for Identity and Place; December is only the latest of many pictures taken over the last fifteen or so years of underground stations as they are given a facelift; while even the most family-album/documentary-style picture – September, taken on my daughter’s first day at school – is taken in a conscious, thinking way.

It was interesting to work through the thousands of pictures I have on hard drive from last year, if only to get some sort of idea of what I make pictures from when I’m just making pictures. Some themes and styles probably should emerge from this, that will then feed back into my course work. It also is probably part of the process of establishing what my ‘voice’ is.

I said in the text wrapper for the pictures that none of them had been posted here either in response to an exercise or an assignment; I may well use some of them (or ones that got as far as the final long-list) to illustrate the other posts I’m working on now.

The header to this post – while it didn’t make the final cut for the year – possibly comes close to encapsulating at least one of things I use photography for. I finally got round to processing a roll of Agfa B&W film that I had taken back in 2007 or 2008 when friends had bought me a night on The Watercress Line’s Real Ale Train. It was very gloomy and – even though I’d exposed the film as though it was 800 rather than 400 asa – everything came out rather underexposed. Possibly, I should have pushed the film further, but it’s too late to think about that now. However, the reason it almost made my pick of ’17 was because of the way that faces (all belonging to people I am still in touch with) loomed out of the darkness, encapsulating that marvellous time-travel thing that photography is capable of, if only you’ve had the foresight to take the pictures in the first place.

Fiona was in some of the shot’s on the beer train, and there she is in the September picture, walking to school with our daughter; other pictures ripple backwards through other earlier photographs, linked either by subject matter or theme or place. It is hard to harness this in the assignments for the level one courses, but it is definitely there in the photographs I have been taking.

And finally – before I crack on with part three of IaP – by way of further comparison, here are my twelve photographs from 2016:

Brother in Law with Sister (Kirkwall)

I could write much more about all this, and try to work out how my work has changed over the last two years, but that would definitely be pure displacement. Time to hit the mid-blue publish button and to open another, save draft for a post…