I have finished working through the exercises from The Art of Photography, but have not managed to write all of them up into post-able combinations of pictures and prose. Similarly there are exhibitions I have been to and books I have read that have generated drafts which still need some work. I’m not going to start Context and Narrative for a couple of weeks (it’s always good to have a breather; I don’t think I could do two courses simultaneously either). And lastly, I need to do some basic neatening to get everything ready to be submitted in September for the November Assessment Event.

So, the next few posts here will mostly consist of exercises and reviews, well out of sequence (either in course terms or in terms of when I did something.

I need to work out how to display (and navigate) the material in a better sequence than the simple chronological by posting date one that wordpress defaults to, and I suspect it has to do with Pages. Let’s see…

Top tip: “I always discourage people from being full-time photographers if they have other ways of making money. If you really want to do personal work you may be better off doing it as a hobby.”

When I saw this on the front of today’s G2, against a black background rather than the white here, I thought this was a splendid photograph; 14 hours after I first looked at it, sat on the tube, somewhere between Blackhorse Road and Tottenham Hale, I still do. END_OF_DOCUMENT_TOKEN_TO_BE_REPLACED

1: the ferry out and back 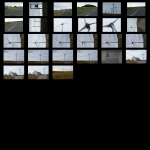 2: the wind turbine on the hill 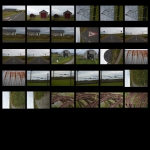 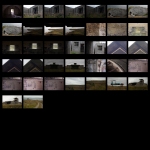 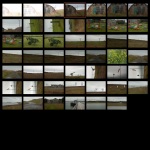 7: rushing back to the ferry

1: Orkney is notoriously flat; Flotta is even flatter. (Ha!)
A friend from University whose dad worked for years making documentaries in Scotland told me that cameramen used to refer to an “Orkney Shot”; a shot framed so that something – anything – acted as a stop on one or other sides of the frame, to stop the eye just sliding through and out. This is maybe a bit unfair on Orkney, but once you’re out of the towns, there is an awful lot of sky over quite flat horizons and – if you want to take a picture of some foreground thing, it is likely to have sky behind it. My first thought almost all the time was to make sure that the sky didn’t simply blow out, and in processing the pictures back at my sister’s house, to keep some interest in the overcast sky, while raising the general lightness of the the land and the objects on it. Also, on an overcast day, there isn’t a lot of contrast around as the sky acts as an enormous soft box, spilling diffused light over everything; black and white was not going to work for my Flotta pictures and anyway, the muted range of August colours is quite attractive. All the assignment pictures therefore remain in colour.

2: Generally, I took fewer photographs of each thing than I did during assignment 1. To an extent, I think this was a result of limited time on the island concentrating my mind somewhat, but it also marks less of a tendency to think that tiny little things – marginal reframes, a slight shift of my weight – will result in a profoundly better photograph; rather the pictures where there a many shots were taken because of something I was consciously trying different things with: the windmill shots were repeated to try and vary the timing of the blades in relation to the corners of the frame, and the pictures inside the searchlight emplacement (# 3 in the final selection) were trying different flash settings, trying to get a still dark inside, but not black balance between inside and outside and a couple of different lenses. On the whole, i think I was much more consciously taking pictures, rather than just concentrating on what was in the frame. It also felt more like fun at times. I hope this shows in the pictures.

3: Buildings in Orkney were traditionally made from stone, and now tend to be made from breeze-blocks and then harled. The wartime installations used that most uncharacteristic material brick, with some parts made from reinforced concrete. There were a lot of corrugated iron nissen huts too. Quite a few nissen huts are still in use, and the  brick buildings have lasted well despite wind and rain and neglect. The reinforced concrete is starting to go though (and signs are going up saying, don’t enter the buildings because they’re dangerous) but you can still see that the batteries were designed by people who’d recently qualified as architects and were throwing their dreams of Bauhaus into the war effort.

4: It’s remarkably easy to lose track of time when you’re walking and taking pictures, and thinking and looking. It’s easy to see fro the contacts that the amount of time spent getting to Buchanan Battery far outweighed the time I had to get back to the ferry (even if you allow for some of sheet 1’s pictures being taken on the boat back to the mainland). While taking the pictures on sheet 6, I had a late lunch; sheet 7 was all taken as I walked, picking up my pace as time slipped by. I still managing to stop to take some, but not that many pictures, although a close look shows that they’re much more rushed than the earlier ones, and there were glaring things I missed, like the spot of rain on the lens spoiling some farms set among rather nice overhead cable geometry). The two shots of the ferry approaching the slip on sheet 7, show how close I came to missing it. Really, I should know better…

I’ve spent a fair amount of time in the FSU and taken a lot pf pictures there. Filing this in here so I can have a look later and work out what I think beyond my inital reaction of “Hmmm – interesting!”

It was a spectacularly lovely morning with the sun beating down from a cloudless sky, and I realised as I set up the tripod for the first exercise of the day, that my D50 was beginning to show its age when it came to its ISO range. Not able to go lower than 200, meant that anything slower than 1/30th of a second was beginning to burn out. This was fine for the two exercises (and anything slower than 1/15th second ran the risk of the moving subject disappearing totally, like it was Paris in 1830-something) but if I ever want to do something like this for people to see, I need to either get a camera that can do lower ISO speeds or – far less exciting – buy some ND filters. There are various things that argue for a new camera – the 3000 x 2000 pixel image isn’t that big any more; I got it in 2006 so it’s obsolete by now; it’s nice to have new gear – but I hadn’t expected to be thinking quite so seriously about upgrading for a year at least…

And then there’s the issue of the two spots that are apparent on the sensor when you shoot something tonally flat, like the sky: 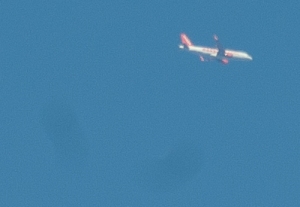 I can clean the sensor (or pay for someone else to do it), and I can clone them out when they’re annoying, like here. But, ugh. So soon…

One  footnote to the first of the introductory exercises is that I finally did the sums to work out the “normal” focal length for both a frame of 35mm film and for my smaller DSLR sensor and was slightly surprised to discover that:

So, rather than being normal, a 50mm lens is ever so slightly telephoto and the nearest I can get to a normal angle of view with a prime lens on a film camera is my Olympus Trip 35 with its 40mm fixed lens. And on my DSLR I need a 28mm lens rather than the 35mm one I’ve blithely been using for ages now.

Getting Started and Setting up my Workspace. Things to do: