In its final chapter – The City and its Discontents –  of Sudjic (2017), the idea is floated that – by burying themselves in a screen – pedestrian city-dwellers lose their ability to navigate their streets deftly, becoming instead less of a citizen and – like (bloody) tourists – more of an obstacle to people who know where they’re going. Certainly, you become less aware of the space you are passing through. Like listening to music on headphones, you become less present, more abstracted. You have ceased to be in the here and now.

When it comes to journeys, I value the sense of time-out  far too much to try and remain engaged with the quotidian of my regular life. I certainly never try to work, unless I absolutely have to. I may read, or I may play with photography from a train’s window, or just to lose myself in the movement and of being in motion through somewhere. Travel takes place in a corridor as  – in the case of railway, literally – you follow a line through the geography of the country, rarely seeing much beyond a few hundred yards on either side of the track.

So, on a journey to Manchester for work, I put down my newspaper and switched off my laptop, forgetting to take a picture for the series I was making for exercise 5.1; Instead I started to stare out of the window, and – in the spirit of Georges Perec – began making notes of what I saw. 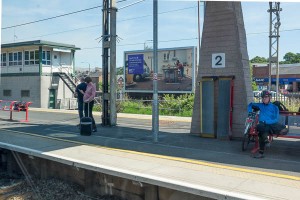 There are many precedents for taking photographs from trains, and Dyer in The Ongoing Moment makes a strong case for train travel leading to a different, more serendipitous perspective upon a country than the road trips across the USA made by photographers such as Robert Frank or Gary Winogrand in the sixties. He cites Walker Evans’ in some of his pieces for Fortune Magazine or Paul Fusco’s pictures of people lining the tracks, taken from the train carrying the coffin of Bobby Kennedy from New York to Arlington almost exactly 50 years ago.

Beyond photography, I immediately found myself thinking of Phillip Larkin’s poem, The Whitsun Weddings, where the view from a stopping train leads to a reverie on marriage and what it means and on Larkin’s being single when so many people are not. And how Larkin took photographs (and was good at it, too). 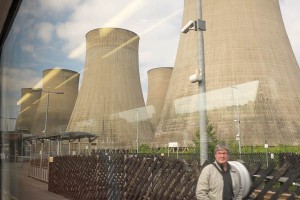 fig.2 – from an earlier journey,  heading home from Nottingham

It’s quite hard, maintaining concentration as you watch the country and the towns slip past and make notes; you do end up making connections and thinking about things, based on what  you have seen and how you relate to it. On your phone (more so than reading a book or the paper – I don’t know) you are abstracted from you surroundings, you are somewhere else rather than in the here and now.

1 thought on “reflection point – on looking out of train windows”