On the morning of the anniversary of the Grenfell fire, as I walked to work, I saw a man walking in the opposite direction. He was wearing a t-shirt with ‘Grenfell = Auschwitz’ written on it. (Annoyingly I didn’t have my camera out at the time, so I don’t have a photo to use here)  While the statement may have been intended as a metaphor, its impact on me is better described by another figure of speech – hyperbole: an exaggerated claim or statement that is not meant to be taken literally. Grenfell Tower was neither built nor maintained in order to exterminate its residents and the fire was nothing to do with genocide. However, the statement was strong enough for me to remember it now and to have thought about it off and on since the man’s t-shirt caught my eye that morning.

It also has acted as a spur for me to start thinking about other rhetorical figures that might be used to underpin my work: in particular metonymy (where a thing or a concept is referred to by the name of something closely associated with that thing or concept) and synecdoche (where a specific part of something is used to refer to the whole).

It is, incidentally an example of metonymy to use Auschwitz as a stand in for The Holocaust. More pertinently, the photographs I intended to make for this this assignment, taken in playparks and using the slides and climbing frames found there to stand in  as signifiers of childhood and parenthood are likewise using Metonymy to make their point. And if they had been used to make a statement along the lines of ‘life is a playgound’ they would have been metaphors. And then if I had used the swings and roundabouts so that that they signified as part of their wider context (the playground), they would have been examples of synecdoche.

At the beginning of part 3, I wrote about using St Basil’s Cathedral as a lazy shorthand for ‘Moscow’; now, here is another cliché of a photo:

If I give this untitled photograph the title ‘The Eiffel Tower’ it could possibly be read as a metaphor (and if I title it ‘Ce n’est pas la tour Eiffel‘ I am arguably drawing attention to this in a knowing, slightly smart-arse way).  But if I title it ‘Paris‘ , then the title acts as a synecdoche, where a component part (the tower) stands for a larger whole (the city it is in).

By using pictures of pairs of feet to stand (no pun – another figure of speech – intended) in for whole commuters, I am doing something similar to people referring to workers as ‘hands.’

Simplifying a complex whole  – the whole person who turns up to do work in your factory – into the part that is of use to you can easily be seen as demeaning. Their hands are going to do the work and generate value for you; you are not interested in their hopes, aspirations or anyhting else related to their lives outside their work. Indeed classical rhetoric ties directly into the concept of oratory which tends to be done from a position of power, associated with right wing/conservative types such as Boris Johnston. Perhaps the left (a synecdoche taken from the seating arrangements in the French revolutionary assembly, and now I think of it, so is ‘the right’) tends more to the forms of non-conformist preaching in the UK or its Southern Baptist equivalent in the US(?)

But I digress. In calling my assignment Metrosynecdoche, I was not trying to reduce my fellow commuters to just their feet. Their feet and their footwear are intended to stand in for their complete selves. Perhaps I should have included a photograph of my own feet, or better still, got someone sitting opposite me to do so. Certainly I am no different to the other people on the tube. I live in the city and need to get around to get to work and to go and experience things outside my job. Perhaps I should have called it Metrometonymy instead, with the commuters (or the commute) standing in for the related concept of ‘London’. 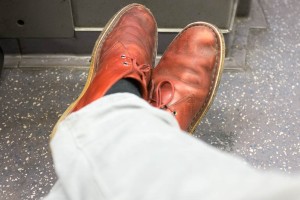 fig.1 – portrait of the artist as a commuter

I have looked at a lot of pages of the Wikipedia, getting my head around the – quite complex – concept of figures of speech. Here are a couple of them:

There are many more. You could do worse than to click on some of the cross referencing links in the pieces identified above.