Construct a stand-alone image of your choice. Alternatively, you may choose to make a series, elaborating on the same theme […] The only stipulation is that you produce work that has been controlled and directed by you for a specific purpose. Remember to create a story with a specific context like the artists you’ve looked at in Part Five. This means you need to have an artistic intention, so a good place to start would be to write down some ideas.

During part two, I wrote this in my post on using a poem (Like a Beacon by Grace Nichols) as the basis for a photograph:

“A constructed picture. A still life, along the lines of the” [Barthes/Panzani] “pasta ad!” 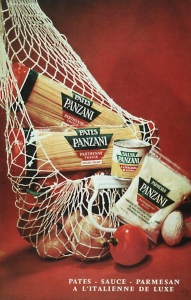 I even went so far as to make up a shopping list and reckoned that I might have made the resulting still life some time in March.

The idea rattled around in my head, though surfacing every now and then as I slowly progressed with the course (often in tandem with other ideas I’d put away for later) until the point where I came to the start of part five and realised that I needed an idea for a picture to construct for the assignment.

The poem idea seemed to pull together a little bit from each part of the course:

And now, since one of the requirements of this assignment is to produce around a thousand words outlining what it is that I think that I’m doing. Therefore, the post for the assignment should include all the thinking behind the picture in addition to the image itself.

By way of a taster though, here is one the stages in the development of my constructed image, Orcadianicity… 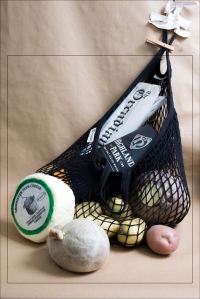