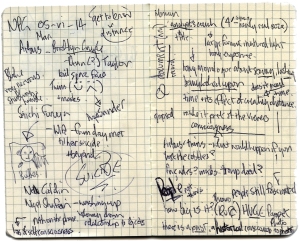 Mark Durden, author of Phaidon’s Photography Today (2014), a survey of photography as art from the 1960s to the present, is joined by the Guardian’s photography writer Sean O’Hagan* and photographer Sarah Jones to discuss themes of the self, the face and the body in photographic works by modern masters such as Diane Arbus, William Eggleston, Nan Goldin and James Nachtwey. In association with Phaidon.

* Actually it wasn’t him – it was David Campian instead.

A rather good talk, allowing various half-formed thoughts of mine about photography to coallesce a bit. Headlines:

Not bad for a talk that lasted little more than an hour….